You can tell a great city by how easy it is to get a taxi. We spent yesterday morning walking around Grant Park and along the shore of Lake Michigan. I’d say we hoofed an easy five miles. It was cool and breezy at the start but soon warmed up and we had to shed our jackets. We’d partied hardy the night before at Kitty O’Shea’s watching the Giants kick ass so we had a simple breakfast of coffee and pastry at Peet’s (where else?) just around the corner. There was lots of public art in the park and I’ve got a few pics for you: 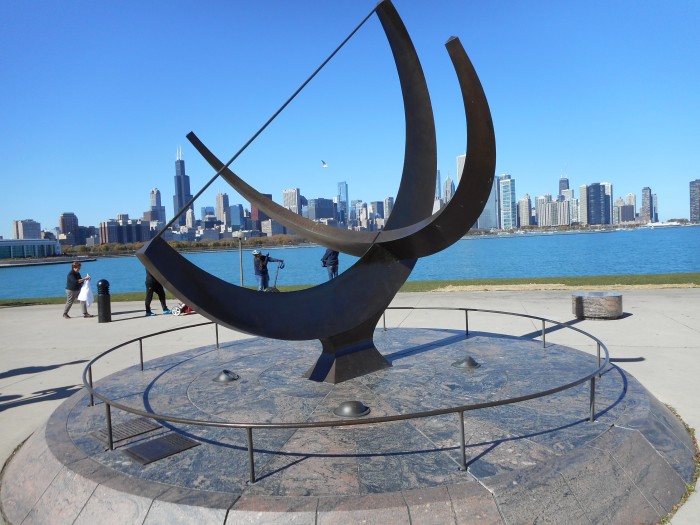 The sundial was really cool and they had the equation of time on it to adjust for the seasons. Sure enough, it was right on if you subtracted for Daylight Savings. This was by the planetarium. The pedestrian tunnel under Michigan Avenue was covered with tile mosaics all with water themes: 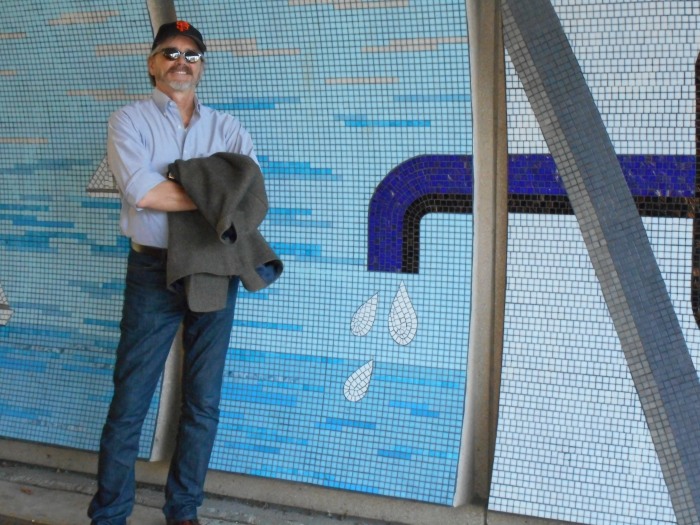 My dad was a plumber and pipefitter so I liked those panels. One last one: 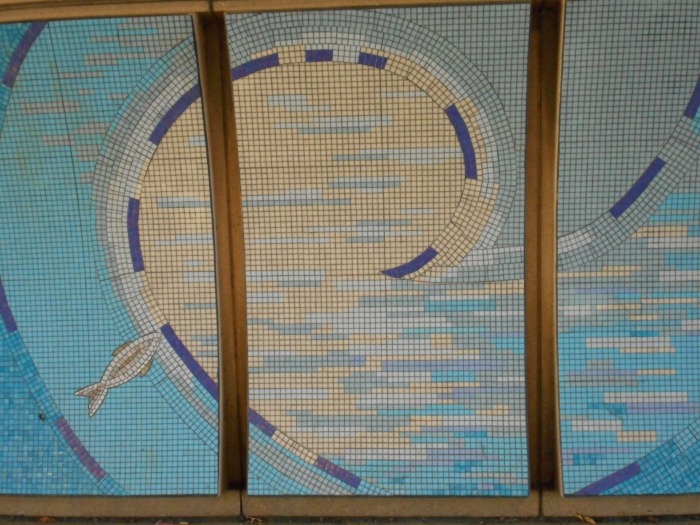 We were thirsty and starving after our sojourn so we decided to find a local brewpub. Surprised? We hiked another 2-1/2 miles to the Haymarket District (we are in an area called The Loop) and got settled in at the Haymarket Brewery. We gorged ourselves on beer, sausages, steamed clams, and pizza.When I asked the hostess if she could call us a cab she said “just step outside you’ll find one.” Sure enough,we crossed the street and I hardly raised my right hand when we were safely tucked in and speeding our way back. Other than New York City, I’ve never seen so may taxicabs on the streets. Even London doesn’t compare. The Haymarket area is famous for its labor battles and Chicago is still a strong union town. We take for granted things like safe working conditions, the 40-hour week, health benefits, and pensions, but a lot of blood was shed for those things to come into being. We had just enough energy left to watch Madison Bumgarner shut out the Royals on our hotel room TV!

Today we rented a car and drove about 100 miles north to Brookfield, Wisconsin where Sue spent part of her childhood. The family home is still there but it’s on a big, busy street now. We had a bit of a hellish time fighting the big city traffic on the way home and at one point I had to play chicken with a cabbie for a left-hand turn. It’s vacation man, I don’t need that stress! We are heading out to Buddy Guy’s for dinner and live music as soon as I post this. Here’s Suzy at 2960 Lilly Road:

Leave a Reply to In the Big City | Mark C. O'Connor Cancel reply