There was this smart guy some time ago who went by M. King Hubbert as his first name was Marion. He worked in the oil business, in both industry and government, and he took a look at reported oil reserves in the United States. He looked at production and consumption rates, did some cool depletion theory math, and came up with a graph* and a prediction. The graph was a bell-shaped curve and showed 1970 at the top. That got tagged “peak oil” and M. King Hubbert became a minor celebrity and semi-guru for the conservation crowd.

Hubbert was trying to tell us that knowing what we know about how much we have and how fast we are using it we should expect the resource to decline at such-and-such a rate. And he was right. US oil production did peak about 1970 and declined roughly as predicted. Then the Alaska fields came on line and that added a bump to the descending slope but that peaked, too. Now we have the so-called “tight oil” that has shoved Hubbert’s peak off the graph entirely and built its own bell-shaped curve** that’s still, at least according to some, climbing.

Hubbert knew that there were other oil fields yet to be discovered. And he knew about hydraulic fracturing (fracking) and shale oil and tar sands and all that stuff. So he didn’t say we’d run out of oil, just that with existing technologies and present proven oil reserves this is when scarcity will hit and when we’ll have to do something about it. He was concerned with oil production as it was, not what it might be down the road. Hubbert thought nuclear energy, breeder reactors specifically, would replace much of the fossil fuel-based power grid. With widespread adoption of solar energy as well he  believed we would not need to fear “peak oil” as there would be much less demand for that resource.

Alas, he was wrong about that. Nuclear power is on the wane and cheap natural gas has kept the fossil-fuel energy business going. Solar is making inroads, along with other alternative sources, but the primary need is still for fossil fuels. Fracking and other technologies have created a new oil boom in the US. And it’s not just the money—it’s the geopolitics. Being an oil exporter now gives the US more clout internationally and counterbalances OPEC. The United States, mostly because of the Permian Basin in Texas, has either tied or passed Saudi Arabia as not only the number one producer of crude, but having the largest proven reserves as well.

This is not to say Hubbert’s peak is dead. All resources get depleted. And the rest of the world is playing catch-up to us and to Western Europe and to other energy-intensive places like Japan and South Korea. If you want all the things we take for granted like hot-and-cold running water, indoor toilets, electric appliances, sturdy climate-controlled dwellings, mobile phones, cars, planes, and Amazon Prime, just to list a few, you have to have lots of energy. Americans use about 100 quadrillion BTUs of energy every year; by comparison Mexico (one-fourth the size of the lower 48, one-third the population) uses less than one-tenth of that.

What Hubbert’s peak has come to mean is the end of cheap and easy oil. The low-hanging fruit has been picked, now we have to get out the ladders and the bucket-trucks. As long as the technology advances the costs of extraction can be manageable. This assumes demand will continue to grow, of course, and with hundreds of millions of people eager to improve their standard of living it’s a good bet. I suppose we could go to third-world countries and tell them “no, don’t do it!” and make them go to a sustainable solar-and-wind economy without the conspicuous consumption and high living that industrial-technological capitalism can create. We can rescue the poor devils from our own excesses, and get them to walk to work and eat organic and be content with less stuff.

I don’t think that’s going to fly. Poor folks look at rich folks and go “I want that” and who can blame them?

Down there in Texas they are cranking out so much new oil that they’ve got a pipeline bottleneck. They can’t get the stuff to the refineries or the tankers fast enough. Naturally a lot of money is flowing into the shale business as companies are borrowing enormous amounts to expand production. There’s a genuine fear that many of the players will never generate enough income, especially once that peak-to-depletion thing kicks in, to ever pay off their debts. The cash is coming in but can’t be sustained. As the resource declines the cost goes up so people buy less or switch to another source. If new reserves come into production, the glut lowers the price and thus the income needed to maintain the business drops as well. Anything can happen in the future, as we know, and economics is not physics. Disruptions to the system from unknown or unpredictable places could turn the whole oil market topsy-turvy. Natural disasters, famines, and epidemics are always lurking, and we humans have a knack for getting into scrapes with each other over the smallest of things. War, even on the limited scale of most of our current conflicts, can change the international landscape dramatically and impact global commerce.

So I stay away from predictions. It’s pretty obvious that we will continue to demand energy so that we can live our accustomed way. We might recycle, but we still drive and take hot showers and all that. Hydrocarbon resources are virtually unlimited if you consider all the known reserves offshore and whatnot. The gigantic quantities of natural gas contained in the continental shelves in the form of methane clathrates may be the biggest hydrocarbon resource of all, we have yet to tap that one. We have only scratched the surface, literally speaking. The limit for fossil fuels ultimately might not be economic, but rather physical. Global warming might not be enough, the other pollution effects are certainly significant too, what with air and water contamination through production, transport, refining, consuming, and disposing of petrochemicals. So we may have to switch just because it gets too bad to do otherwise.

Ideally we’d start on some of those transitions sooner rather than later. In a capitalist system you have to have an economic incentive to do something so I suppose we’d better figure out a way to grow our portfolios by banning fracking. Maybe all those smart kids out there will come up with some cool solutions, or maybe we’ll just muddle along like always and stumble upon an occasional breakthrough. In the meantime, enjoy the view from the peak! 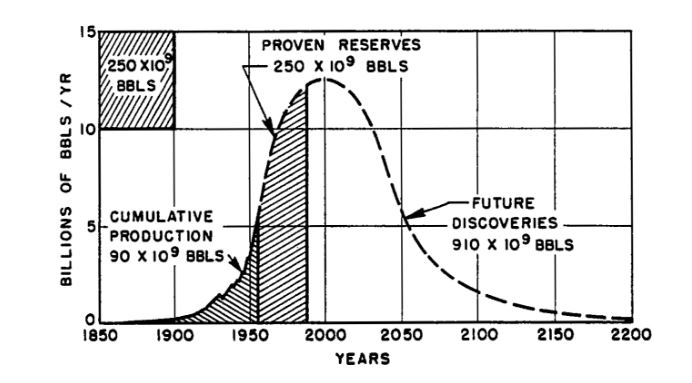 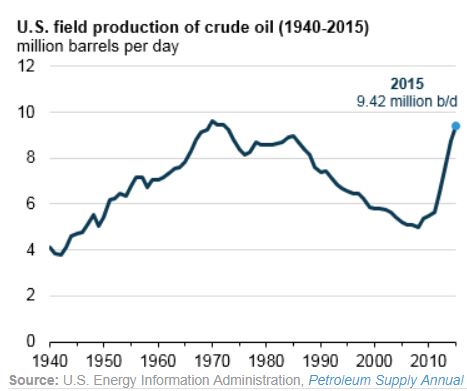